Dominic has been with us for his Apprentice Field and Apprentice Trails guide courses, both of which he excelled in. The excitement for the Marine guide course to begin was palpable, and he has written a wonderful account for you all on their arrival and adventures of the first week down at the coast! 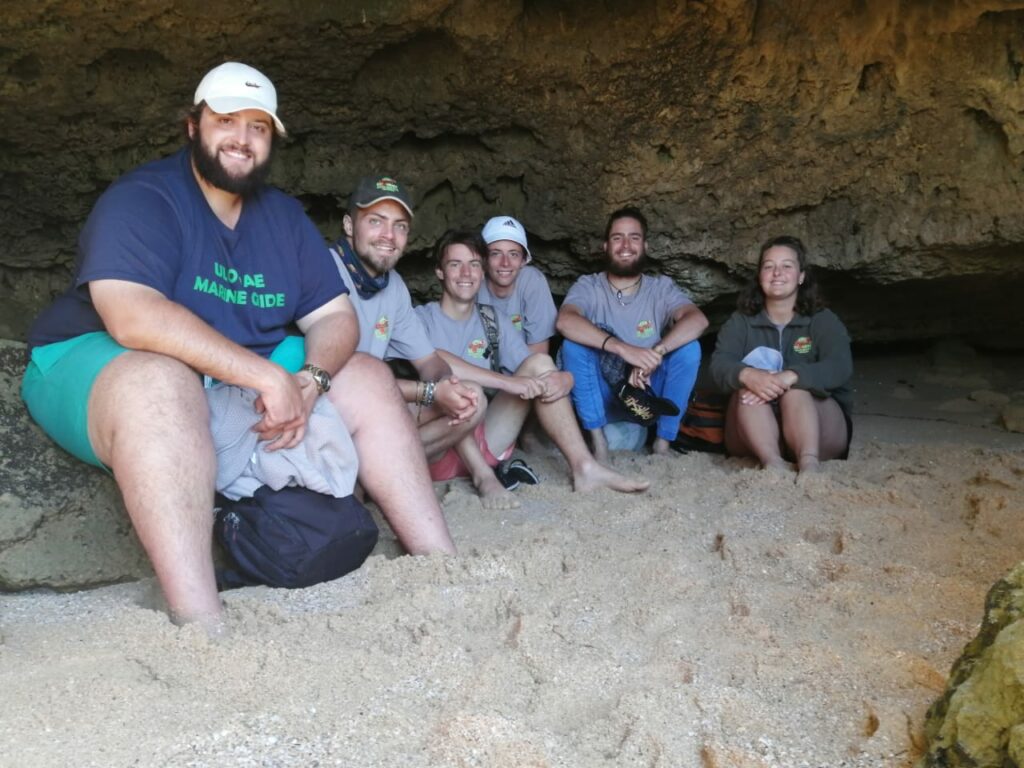 Our long-awaited arrival to the beautiful sandy beaches of Bushman’s River Mouth had finally come on Sunday. We have been spoilt thoroughly by having the opportunity to stay in Kian Straton’s amazing house, which offers all the space and comfort of a home away from home.
The first day to our four-week Marine Course hit the ground running, where we all awoke early and went exploring in the coastal areas of the majestic Eastern Cape. The conversations were continuously flowing as we all found something that we had a common interest in. The group all spoke about how they had never really been looking forward to learning about our coastal area, but our discussions this day progressed from basic formations in the area, to how algae are responsible for Homo sapiens being alive.
Our Tuesday morning commenced before the sun had broken the horizon, as Brett and Shani had planned an early morning sunrise walk. Witnessing the summer sun break the cloud cover over Middle Beach, Kenton-on-Sea, was a truly magical experience. We walked trying to find a camping spot for a potential sleepout, where we explored the beaches and rock pools. The day concluded with Tim and I making a typical South African braai with potato salad.
The weather on Wednesday was not too great and it almost felt as though the weather from Port Elizabeth had followed us here. We spent the day having lectures on our weekly exam topics and put a lot of attention into our workbooks and study time. The boys in the group went to play touch rugby in the shallow waters of the river and realised how cold a high tide can be. The water on our swim back felt like a bottle of Bonaqua coming out of a fridge!
On an early stormy Thursday morning, we made our way to Algoa Bay for a much-anticipated boat trip with Raggy Charters. We were all very excited to see what the Ocean had to offer.

We slowly started making our way to Bird Island, when we were put in awe by breaching whales and a few Bottle-nose Dolphins. Once arriving at Bird Island, we witnessed the beautiful congregation of thousands of Cape Gannets. On our route back towards Port Elizabeth Harbour, we came across a large pod of Bottle-nose Dolphins as well as a massive pod of around 1000 Common Dolphins. No picture can do justice to how many magical marine species were present at both times.
Friday, we wrote our first test of the course and had an eventful evening in the town of Kenton-on-Sea. We had a braai to celebrate the amazing week and to thank Shani for all her insight and help during the first week.
Dom.

Together we can face any challenges as deep as the ocean and as high as the sky. Sonia Gandhi

Zolani is from the nearby community of Patterson here in the Eastern Cape. He may have lived and grown up near Ulovane, but he has said in his short time here, he has learned things about the bush that he never knew existed! He wishes to pursue a guiding career, but he has a hunger and passion in his soul to share his love and educate as many people as he can about the beauty of nature and how we CAN have a positive impact on the environment we live in. 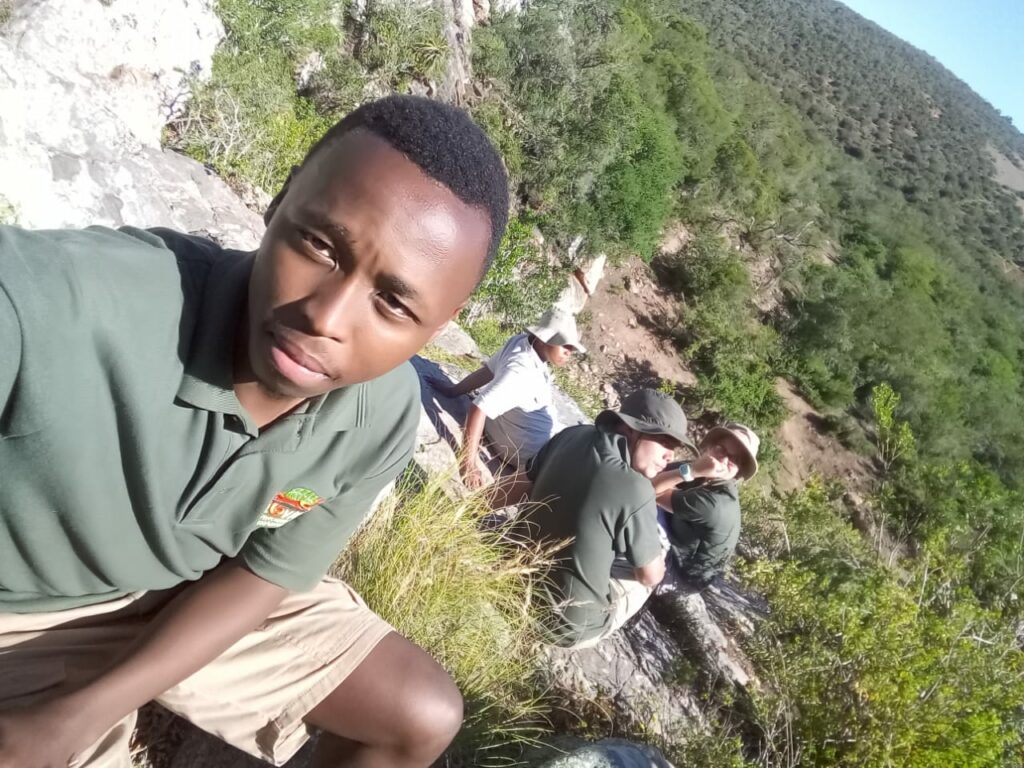 Wow! This week has been awesome. Ulovane is the best place ever!
On Tuesday this week, we had a lovely sunny day, and one of the trainers Pieter took us out for a day drive and a quick swim on the reserve. I learned the value of grasses this day, as I never knew before how important they were. Grasses are undoubtedly the most important plant family on earth.
Grasses (grain) is eaten in various forms by man; grasses are food for wild animals who graze; they even protect the soil. They are really fascinating; we just aren’t looking close enough. We must stop looking and start observing. One is passive, the other is active. I learned that from Piet this week!
Our fun day game drive on Friday, we got to spend with Schalk. This day, sitting on the tracker seat and watching a male cheetah on Carnarvondale section of Amakhala Game Reserve, was one of the best experiences ever. He got up and walked right past me, without him even minding that I was there.
That’s when I realised that if you respect the animals, they will respect you back.
Ulovane Environmental Training is the best ever!!! If you have a love for nature, THIS is the place to be.
Zolani.

Plant seeds of happiness, hope, success, and love; it will all come back to you in abundance. This is the law of nature.” – Steve Maraboli