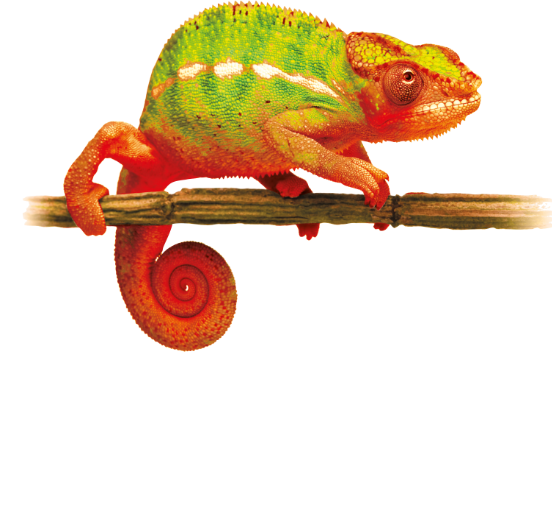 Week 5 through my eyes!

I am a student at Ulovane Environmental Training, and the emphasis of my experience has been unbelievably remarkable. My week has been passionate and each waking moment was a portal of time being lost in wildlife education. 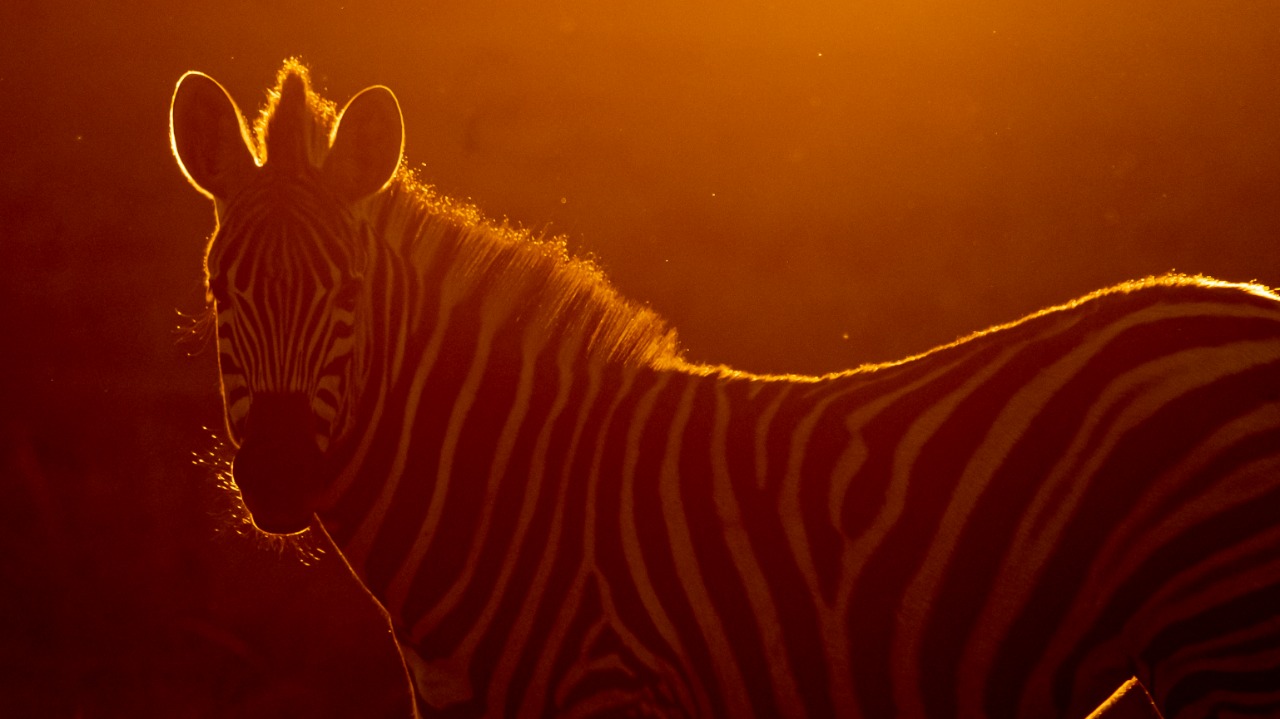 On the first day, one of the things we viewed was a magnificent beast! Out of the thicket, a strong, mighty grey elephant emerged. Its wise beady eyes searching for food. Blessing us with its presence. Later in the day, we saw a beautiful sunset as the evening sun cast its long shadows on the ground. The slanting rays of the setting sun gave a warm orange tinge to the sky. The sky was ablaze with the fire of the setting sun.

On the second day, I really enjoyed tracking, the indulging essence of how animals move. As the animals break the surface of the soil; they leave their mark on the world. The isolated track remains as a capsule of its past as it moves towards its future. We also got educated on arthropods and their distinctive uniqueness. They play a critical role in our beautiful environment.  The insects visited the larder nature as their exoskeleton reflected the sunny rays as it rested on a blade of grass.

On day 3 we learned about amphibians, I found it so fascinating as frogs occupy our minds with a princess’s stories. Frogs motivate us to be patient and calm as they grace us with nature’s music.

The thing I most loved was the moon, a glowing yellowy white, loomed large, surrounded by an ethereal glow. Millions of stars were sprinkled behind it.  A few large ones but mostly a multitude of little white pinpricks. Every now and then, a twinkle caught my eye. This was an unfamiliar sight from my city life, where the lights never went down, perpetually hiding the beauty of the nighttime sky.

On day four we viewed the warm-blooded animals of the sky. The birds in flight reminded me of how it gives its colors to the sky it leaves as a fresh canvas, every part of the onwards moment. One of them was a hawk. I observed as the hawk came in her earthy-hued browns, that rich yet gentle shade that reminded me of the clouds in the sky. She hopped over the wands of grass as if she had springs in those delicate feet as if the world was her trampoline and she moved to a sweet birdsong she was yet to sing.

On day five the students worked together with sustainable living, working in the vegetable garden. The garden gave us sanctuary, as we levelled the ground out, making it our own. In this garden, we guard the den of nature, for here we bare our souls in such nurturing safety.

On day six all the students had a relaxed day after an exam. I sat on the decades-old beige couch, not even noticing the faded patches. My still scrawny legs dangled over the edge just like they had when I was small, leaning back and listening to music. With my eyes closed, I let the lyrics flood over me like an early summer breeze. They weren’t always upbeat, but they soothed me just the same. With all thoughts of homework forgotten I brought my knees up to my chest and sucked in the smell of dinner being cooked.

On day seven after a long week, we met new incoming students. I am so excited for them to be joining us on our journey.

“The journey is never-ending. There’s always gonna be growth, improvement, adversity; you just gotta take it all in and do what’s right, continue to grow, continue to live in the moment.” – Antonio Brown

Last week I witnessed something that I never saw or thought would be present in the area of operation and we were so amazed by it! A Capped Wheatear; is a black and white grassland bird that usually occurs more in other parts of the country. It was amazing to see!

Tuesday morning we were on the Big 5 walk. We saw a lot of antelopes and learned more about their behavior. We were also in a situation where we were almost charged by a bafazi UMkhombe (a female rhino), and I was so scared because it was the first time being that close to uMkhombe on foot. I loved the adrenaline though because that was exciting and scary at the same time – it was Scarexciting (not a real word). The situation was handled well by our trainers and we all definitely learned a thing or two about guiding on foot!

Me driving and guiding during the Morning drive gave me so much anxiety because I was not prepared to be talking for 4hours. But my colleagues taught me to be patient with myself hence I did just that and we experienced some really great encounters like seeing a Cape mountain Zebra dust bathing and a Fork Tailed Drongo in a fight with a Southern Fiscal for food (interspecific competition). It was great to see!!

We went to Shamwari Private Game Reserve. Wooooooohooooooooo! It was wonderful to go on a guided experience with a previous Ulovane student, who has been through everything we are going through and to see their success! Thank you Karien!!

We saw a lot of interesting birds, lions, and elephants; but what stood out for me was the Pied Kingfisher, I have never seen that bird in my life, it was the highlight of my week.

Shaun and Stephen took us on a guided experience the next day and we had so much fun learning about how many ecosystems one would find everywhere. I learned that one might find 300 to 1000 species of insects in Elephant dung alone and a lot of other species can benefit from it.

I really enjoyed this week and there are so many things I could have said but some are for my experience.

Thank you to everyone for putting me through this program at Ulovane! I am learning a lot and I will keep you all updated on the rest of my journey.

“What you do makes a difference, and you have to decide what kind of difference you want to make.” – Jane Goodall

This week at Ulovane was a fantastic learning experience! Watching an elephant bull false feeding, by pretending to feed when he was actually keeping an eye on us. To seeing sleeping lions, taking turns keeping one eye on us and one eye on last night’s kill. To exploring Amakhala and enjoying the diversity of plants and flowers! We kicked off by conducting our first game drives. Full of excitement and equally stressed. But the more we drove through nature and observed animals the more it started to have a calming effect on all of us. To observe the animals in their natural environment is a great privilege!

As we drove we encountered an elephant that was very curious and maybe a little bit agitated. He was standing feeding with mud all over him. He grabbed some grass with his trunk, brought it up to his mouth, threw it down to the ground, and pretended like he was chewing. It was an attempt just to observe us but when he saw that we did nothing to him and that we weren’t going to hinder him, he left gracefully, moving off into the distance. Absolutely breathtaking! On one of our drives, we encountered a lioness. We knew that there was another one in the area but it was in the middle of the day. It was a nice and warm afternoon, so the only thing the female was doing waslying and baking in the sun. Only occasionally standing up to get a new position to lay down. 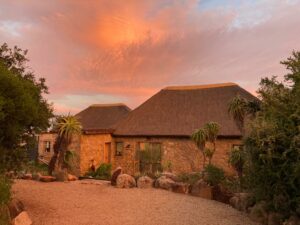 As the week came to a close we went to a new location, called Intaka Lodge to do our First-Aid course. During our stay at Intaka, it was amazing to see all the different types of birds; like the TrumpeterHornbill, Brown-Hooded Kingfisher, and a lot of Red-Winged Starlings (100’s). We also decided on a whim to jump in the pool for a swim, but as it is winter at the moment, the water was freezing and yet still refreshing after a hard day of studying. All and all it was a productive exciting week! We are excited for the week ahead, as we begin our game drive assessments! Wish us luck! – Willem

The goal of life is to make your heartbeat match the beat of the universe, to match your nature with Nature. —Joseph Campbell